How to Repurpose a Podcast into a Book with Emily Prokop 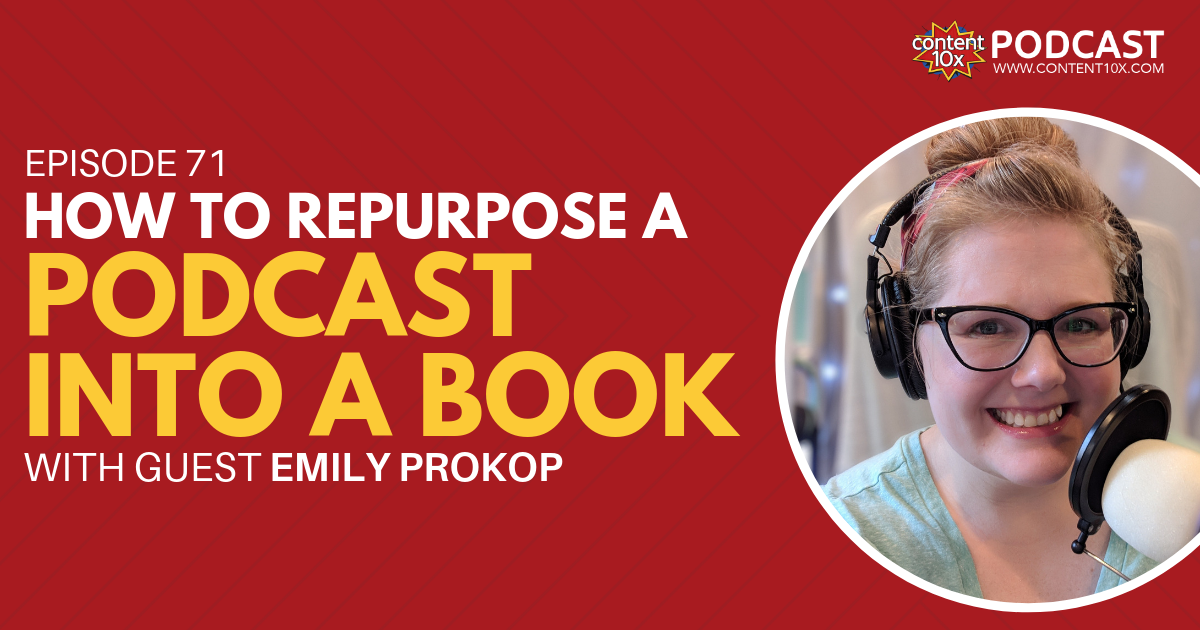 Have you ever thought the unthinkable? No, I’m not talking about eating cereal at night, more: what if I could repurpose my podcast into a book? It’s a crazy thought, right?

Repurposing content into a book is a topic I’ve never actually covered before on the podcast or in the blog, but it really intrigues me. When you’ve created lots of content, whether that’s blog posts, video, or podcast episodes, there must often be a book hiding away in there too! But how do you act on that? What do you do?

When I heard that my guest on the podcast, Emily Prokop, had repurposed her podcast into a book you can imagine how this added to my curiosity and passion for finding out more. And let me say, as someone who is also writing a book, the discussion I had with Emily is both useful and exciting in equal measure.

Emily’s podcast is all about everyday objects. Emily has been producing her podcast for over two years now and is a professional podcast editor and consultant. Her show, The Story Behind, has more than 130 episodes and was nominated for The Academy of Podcasters’ Awards in 2017. The show sees everyday objects closely examined, from their ancient beginnings through to the present, within 5-10 minutes.

So, are you ready for the good stuff? You can hit play to listen to the podcast episode or read on for a detailed overview.

Emily’s Story: How did she repurpose a podcast into a book?

When I spoke to Emily she explained that even from as young as seventh grade she just knew she wanted to write a book.  However, it was 20 years later when her opportunity arrived and it was all due to her having a podcast!

A publisher, who had listened to her podcast after it had been on for around a year, approached her and said that her episodes were short enough to be tuned into chapters in a book. They wanted her to put a story together about 50 different items.

Emily never thought about turning her podcast ideas into a book and was stunned by the news. Who’d have thought that through putting yourself out there as a podcaster you could get offered a book deal!

The Process: How Did She Repurpose Her Podcast Into A Book?

Emily had only seven months to write the book, and believe me; seven months is nothing when that size of a task awaits you (I know, I’m writing a book right now).

How did Emily do it: 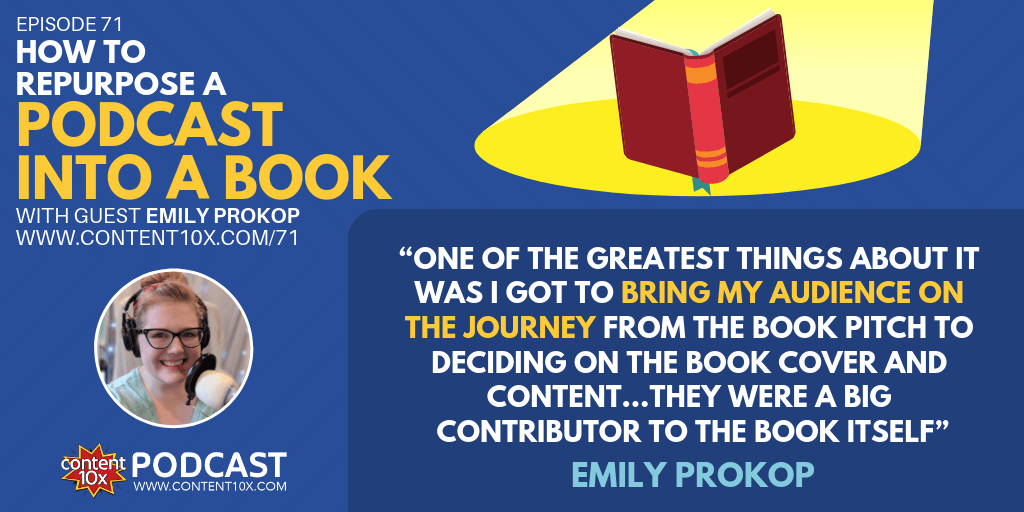 Of course, when writing a book, the writing part is often seen as the ‘easy’ part. Look, I know it’s not easy and never will be, but honestly, that’s the least of your problems.

Who knows your book is a masterpiece if they’ve haven’t read it yet? How do you build an audience that want to read your book?

Luckily for Emily, her podcast and its existing audience meant she had it already built, ready and waiting. That’s not to mention that her audience were excited for her and prepared to support her efforts all the way.

Emily took her audience on the journey with her. They helped her select what goes into the book, what the book cover should look like, and they knew what she was doing every step of the way. 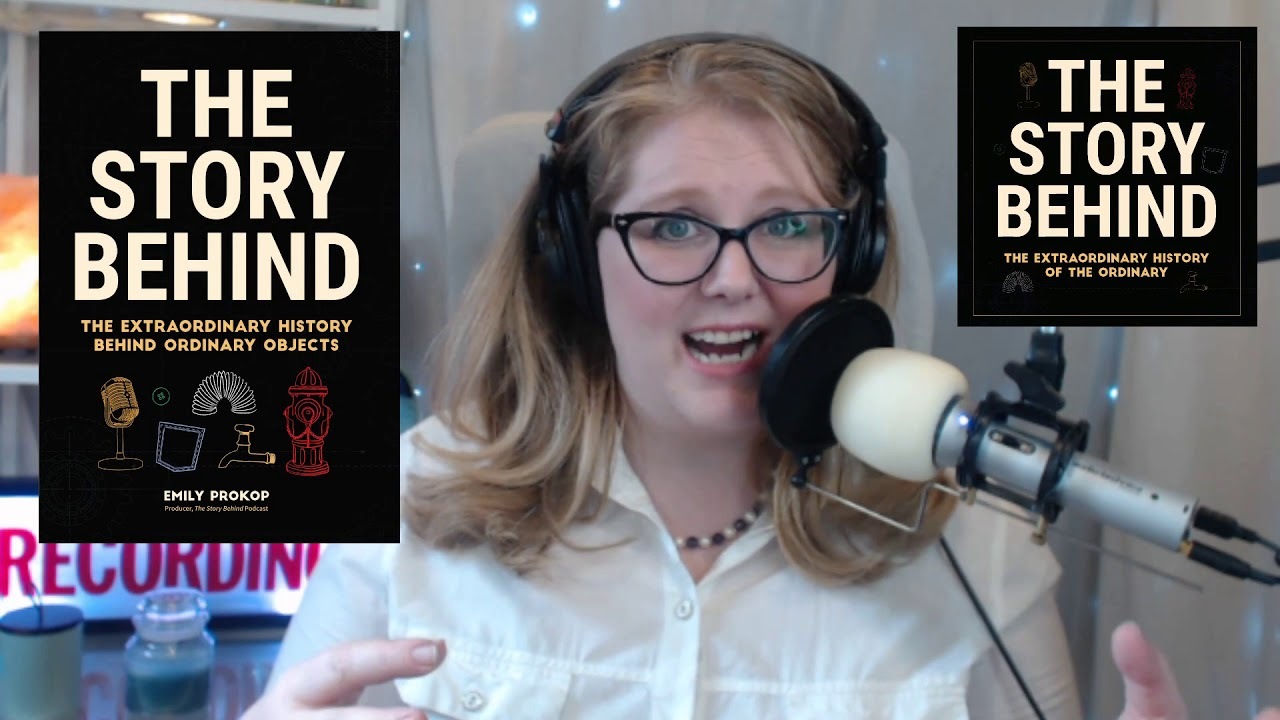 This is a great tip to pass onto anyone with an audience when you embark on a project like writing a book. Always take your audience with you on the journey. The journey is such an important aspect and just the kind of content that people love! If you are not convinced check out Social Media Examiner’s YouTube show called The Journey, following their journey to putting on Social Media Marketing World.

Growing Her Existing Audience – A Blessing

Upon the successful publication of her book, (after some initial and normal doubts) Emily found a bigger audience for her podcast, once again, as a result of the book. In a nutshell: people found the book and then they listened to the podcast. It converted them over.

So when you think about it: her new book drove people to the podcast, and the podcast’s content fueled the book. It doesn’t get much more satisfying than that, now does it?

Once the book was published Emily received feedback from her audience, and in fact, they helped show off the new book for her. The key was having that audience already there – it was a blessing that made everything smoother.

Emily couldn’t have done it without help from The Book Marketing Show, from digital marketer Dave Chesson (The Kindlepreneur), either, and said the self-publishing advice she received there was absolutely critical in her success. 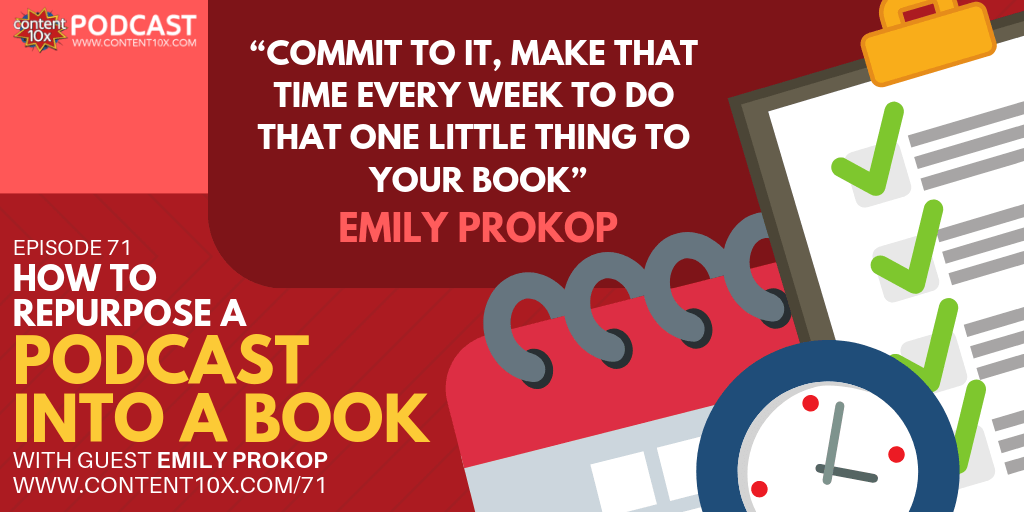 You never know who is listening to your podcast…or reading your blog or watching your video content.

It just took one person who loved Emily’s podcast who happened to be a publisher and the rest is history. Just one person!

Ask yourself, is there a future book waiting to happen?

If you have a lot of useful content then the power of repurposing could put you on the road to publishing a book.

The truth is: anyone can repurpose their content into a successful book down the line. It’s about having the right advice, the right tools and keeping that excitement alive. It’s hard work, yes, but the best things in life are.

Hopefully, our discussion has inspired you. Once you’ve taken the leap, you can expect a broader audience to open up which adds credibility and opens even more doors. Can you imagine how exciting those times would be?

To find out more about Emily, you can check out her site here or reach out to her on Twitter here.