How to Create, Share & Repurpose Memes – 8 Dos and Don’ts 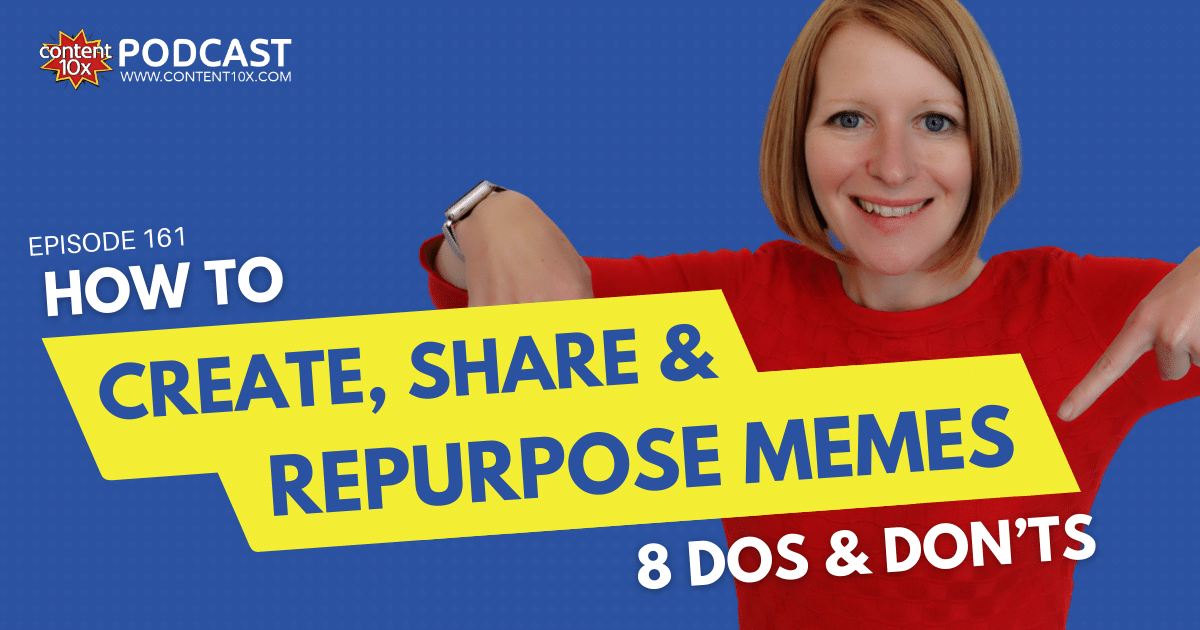 Memes are super shareable, engaging and present a fantastic way to get your brand seen by lots of new people very quickly.

Now, I know you’re thinking, “but memes don’t suit my brand” and I totally get it!

I was apprehensive at first too, but then I realized that there are so many big brands that are making memes work for them. Disney, Netflix, and Denny’s all use memes to stand out in their industries. Plus, their audience LOVE them.

Now you’re probably thinking, but I’m not a big brand, but believe me, you don’t need to be to have some fun and see results by creating on-brand memes that will help you stand out in your industry.

I think that memes are a fantastic way to connect with your audience. They have great potential to grow your following, and you can even use them to repurpose your content!

But how can you create memes that are appropriate for your business?

What is a meme?

To put it simply, a meme is a text-based visual that sometimes includes images or videos. They’re designed to share an idea quickly and are known for their viral nature.

In fact, they’re so shareable that a whopping 55% of 13-35-year-olds send memes to someone every week — and 30% send them every single day!

You might see plenty of memes on social media, and if not, someone will almost certainly have sent you one directly.

There are many different styles of memes. Some of the most popular styles are:

Trending memes: very popular and shared a lot over a short period. 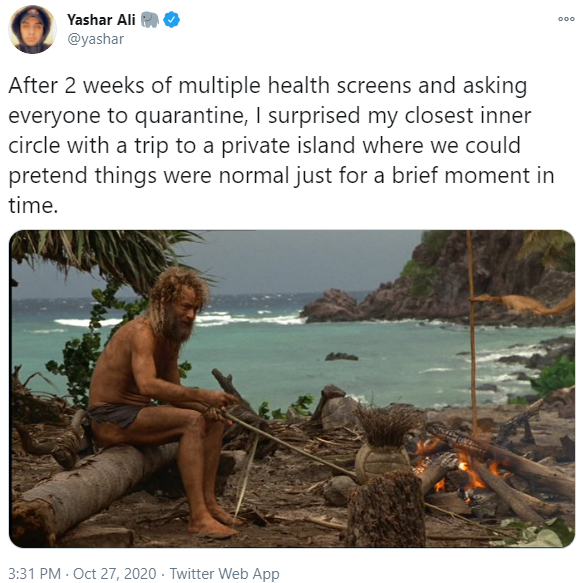 Classic memes: reuse images that have been circulating since meme culture first began. 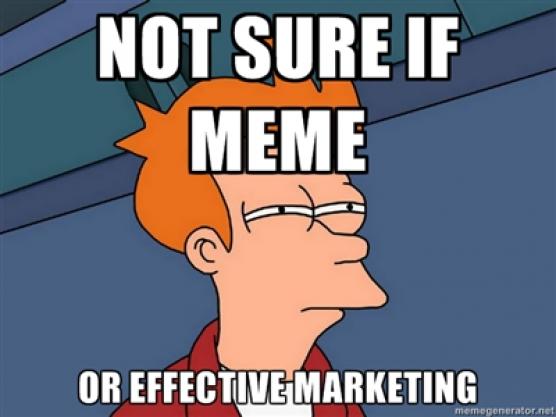 Social media memes: include screenshots of tweets or other social media posts to repost them on a different platform or reuse them in a new context.

And there are plenty of other types too. As people keep creating and sharing memes, new styles evolve, so it’s important to pay attention to what ideas people are sharing through memes, and more crucially, how they’re sharing it.

But what exactly is it about memes that make them SO shareable? 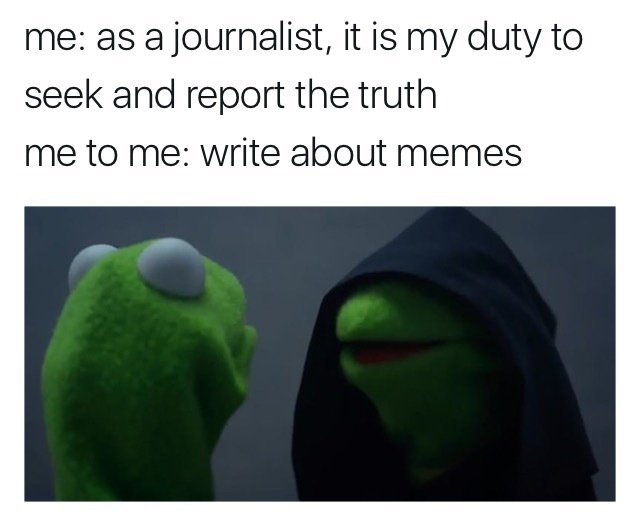 Some big brands have already found ways to capitalize on memes. And, by being the first in their industry to incorporate memes into their content strategy, they’re really standing out and tapping into benefits.

Meanwhile, in the fast-food industry, meme culture is thriving. Brands like Denny’s, Wendy’s, and Burger King center their entire Twitter content strategy around memes! They cleverly use memes to create a sense of community, so it feels like they’re always sharing inside jokes with their followers.

This is a win-win for your brand, as your content will get high-levels of engagement from your existing audience AND lead new people to engage with you and your content too. 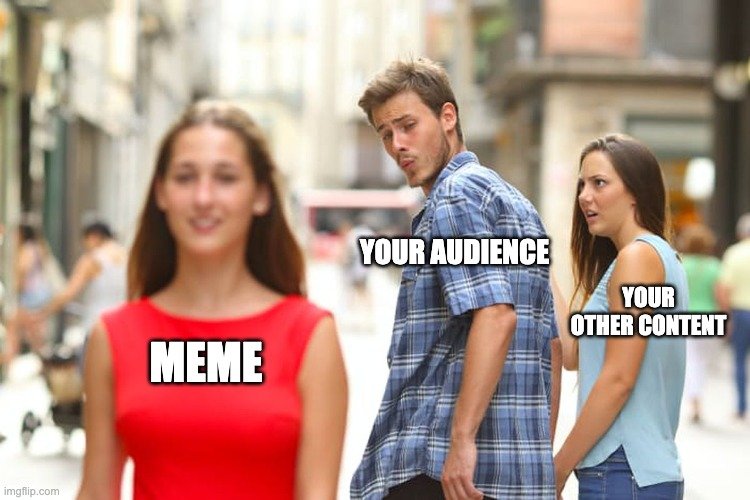 If memes aren’t being created or shared by others in your industry, it could be a real chance for you to stand out and be different.

Now, you might be worried about coming across as juvenile or that people might think your brand is having a mid-life crisis…but there are ways to share and create memes that can suit your business – without turning it into a joke!

Here are my 8 top dos and don’ts for sharing and creating the best memes.

1. Do use memes that match your brand’s voice 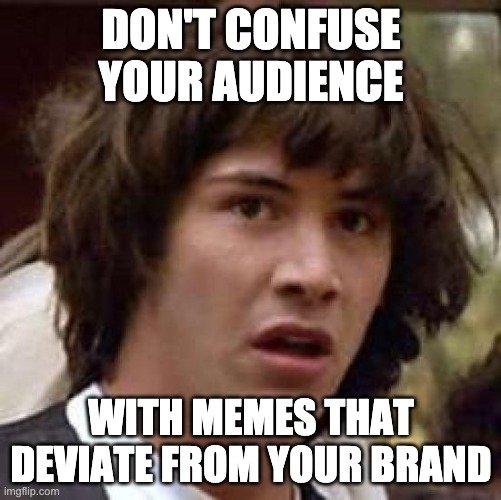 2. Don’t jump on a viral bandwagon – unless you can make it work

Some trending memes leave space for everyone. The How It Started Vs. How It's Going meme is a great example of something everyone can join in with. 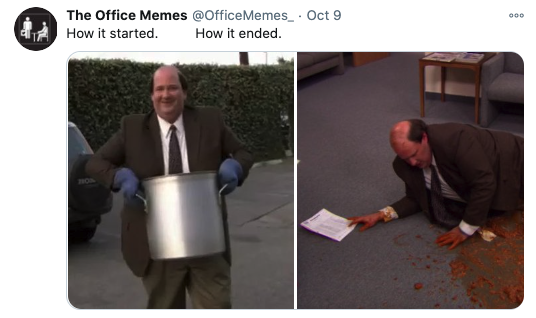 But some memes just won’t work for your brand, and your audience might start to see you as desperate to fit into a crowd you don’t belong in.

3. Do use a meme correctly

Many businesses get criticized for misinterpreting memes and using them incorrectly – even big brands like McDonalds! So play it safe, and if you’re not sure, don’t use it! You don’t want to go viral for the wrong reasons… 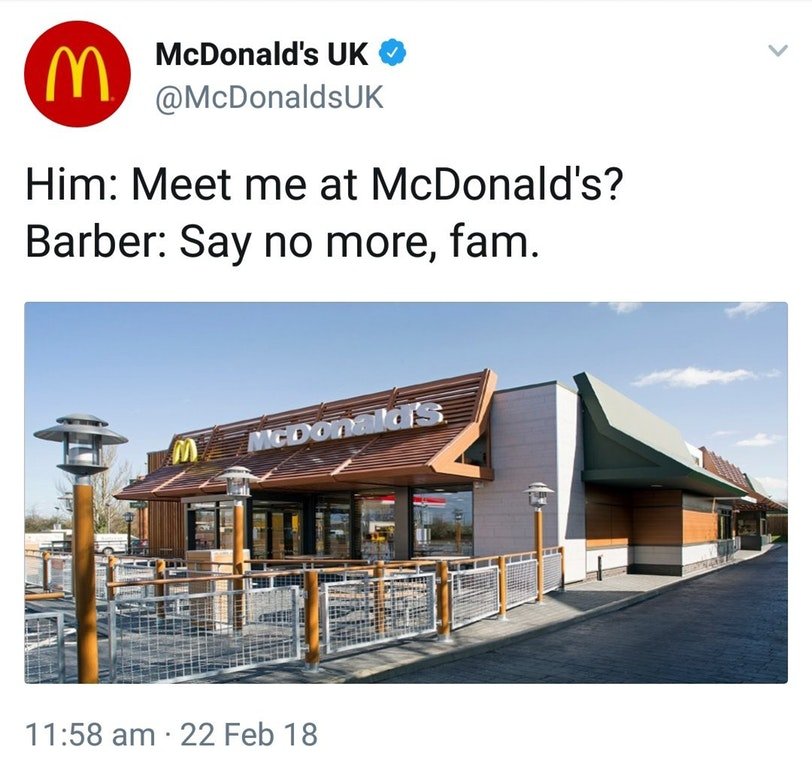 4. Don’t be afraid to use your own images

Sharing your original content is a great opportunity to show off your brand. You could get your content in front of so many new people! And who knows, your meme might even go viral (for the right reasons!).

5. Do create memes with a meme generator 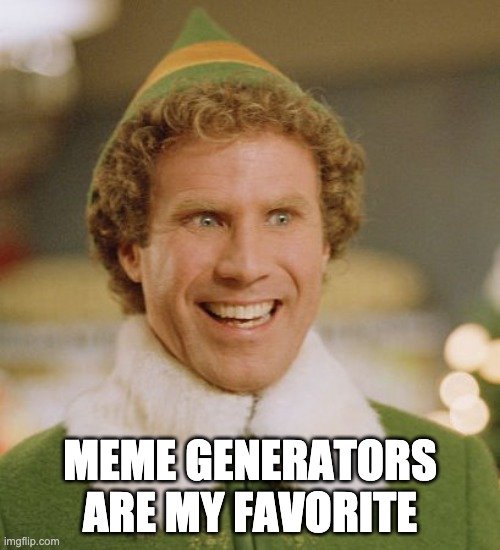 A meme’s visual is crucial to communicating the right message, and if your meme doesn’t look the part, it won’t be as shareable.

There are plenty of meme generator websites that use templates to help you create a meme in the right format. Sites like imgflip, imgur, and Meme-Creator, all give you the tools to create classic and original memes for free.

6. Don’t use memes too often

They’re a lot of fun to create and share, but don’t base your entire social media strategy around memes. They should bring diversity to your content and be used as a repurposing tool when appropriate. 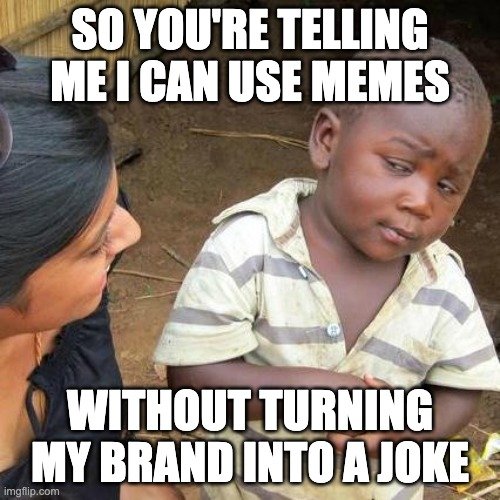 Maybe start by creating and sharing one meme a week that relates to your core content. See how your audience responds, and if they like it, consider using memes more frequently.

Memes work well across all social media platforms, and you can also include them in blogs or emails. If you’re clever, you can even find ways to reference them in videos! 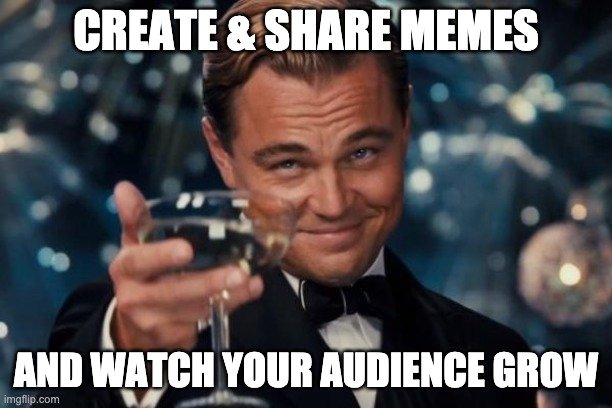 8. Don’t forget to use them in your repurposing strategy!

You could start by finding some images you've shared previously and thinking about how to reshare them as a meme. Are there any pictures of you talking at events that would suit a funny caption, or can you draw out a pun from your long-form content? 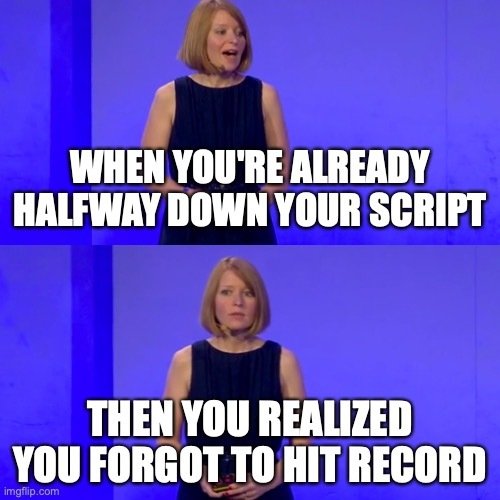 Ask your team too, are there any memes that they think could be adapted to suit a topic your business deals with? You might find there’s more than you think!

Using memes in this way is really about being fun and creative. They can help you build your brand and raise awareness of you as your memes quickly reach more people.

And the best part is, you don’t even have to create your own memes from scratch – you can repurpose existing ones!

There really is so much potential for using memes as part of your content marketing strategy, and it’s a brilliant opportunity to do something different in your industry and really stand out.

You certainly don’t have to turn your business into a joke account to make them successful, but if you give them a go whilst saying on-brand, you might find your audience really respond to them. And you never know…your business might just go viral…

Content Marketing: Knowing when Enough is Enough with Robert Rose