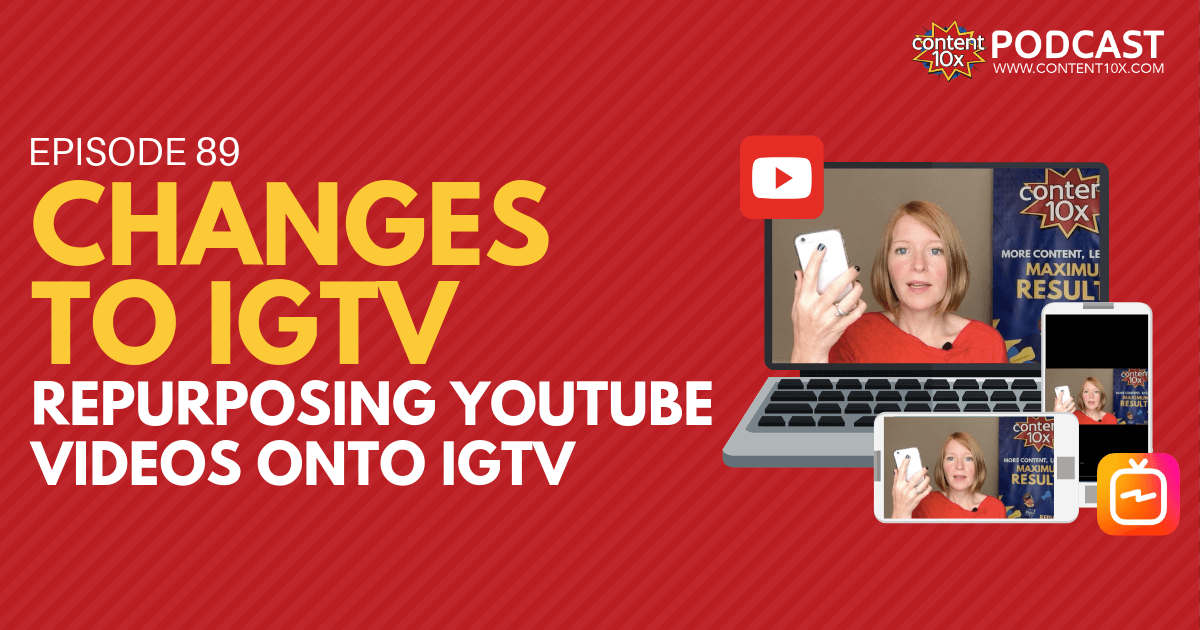 Did you know that IGTV is no longer a vertical video only platform?

If you’re an Instagram user, you’ve probably already observed that the platform now supports landscape video. Does this change present a whole host of repurposing opportunities?

To learn more about my thoughts on this check out my video below. This is a landscape video that I uploaded to IGTV (couldn’t resist doing this given the topic this week is exactly that!)

When Instagram announced that IGTV will now support horizontal video, it sent shock waves throughout the digital universe. And, most people welcomed the change since it opened up more opportunities to connect with wider audiences!

However, not everyone is a fan of Instagram’s latest changes. Many people fear that IGTV will become a mini version of YouTube. And, we’ll just begin to see a lot of duplicated content on both platforms (as opposed to platform specific, native content being posted).

I wanted to shine a light on how IGTV’s ability to post horizontal videos can impact upon how you interact with your followers on the platform. As well as, most notably, how you can repurpose YouTube videos onto IGTV.

To listen to the podcast episode, hit play below or read on for more…

A bit of a history lesson

Big changes have been taking place on Instagram and there are repurposing repercussions.

But first, let’s have a quick recap!

When IGTV launched in June 2018, users could only post vertical videos. It launched as both a standalone app and as a new feature in the normal Instagram app on mobile and also in Instagram on desktop, albeit with more basic functionality than the standalone app.

It represented Instagram’s foray into long-form video content because videos posted on Instagram can only be up to 60 seconds, and stories are 15-second clips.

When IGTV first launched it was very bold in only accepting vertical video format. This made things easier for the modern-day smartphone user and IGTV quickly became a dream platform if you want to share and consume long form, vertical videos.

Of course, not everyone was on board with vertical video restrictions. When it first launched, a lot of people were saying things like 'who on earth wants to watch long-form vertical videos?!'

But my view was slightly different. I knew that Instagram was onto something. We all consume a lot of content on mobile devices. In fact, video content is consumed more than any other form of content. Watching horizontal videos, on our vertical, mobile devices is not always ideal. IGTV – a vertical ‘TV’ platform, made complete sense.

Yet, the platform still experienced a lot of backlash. Some other objections that people had were based on not being able to easily repurpose videos for YouTube onto IGTV.

The rise of the vertical video

Did you know that mobile video will account for 78% of total mobile data traffic by 2021?

What’s more, younger audiences are spending more time with their favorite amateur creators rather than other professions.

Nowadays, we’re spending less time watching online videos on our desktops and more time binge-watching them on our smartphones.

Vertical video has gone mainstream. And it’s all thanks to mobile apps such as Instagram and Snapchat.

But why have vertical videos become so popular?

Well, most of us keep our phones locked on portrait orientation. And who can blame us? Nobody likes it when you’re scrolling through your newsfeed and the screen decides to flip horizontally - it’s so annoying!

As a result, we’ve become accustomed to consuming videos in portrait mode when we’re on our phones.

Another reason why vertical videos have become so popular is the fact that it’s super accessible.

Not everyone can shoot films in 4K resolution. But, even the biggest technophobes out there can film a quick video with their smartphone (and people tend to hold phones vertically when they do this)!

Instagram has said that they believe vertical videos to be more immersive and native. They are good for individuals trying to build a connection with their audience.

It was widely reported that IGTV wasn’t quite the hit that Instagram thought it would be. So, they tried to rectify things by offering new features to the platform.

We saw them making moves to get more people to watch IGTV by allowing people to post previews of their IGTV video as an Instagram post. This allows for nice and easy cross-promotion. And, with one tap if you like the preview you find yourself over on IGTV watching the whole video. 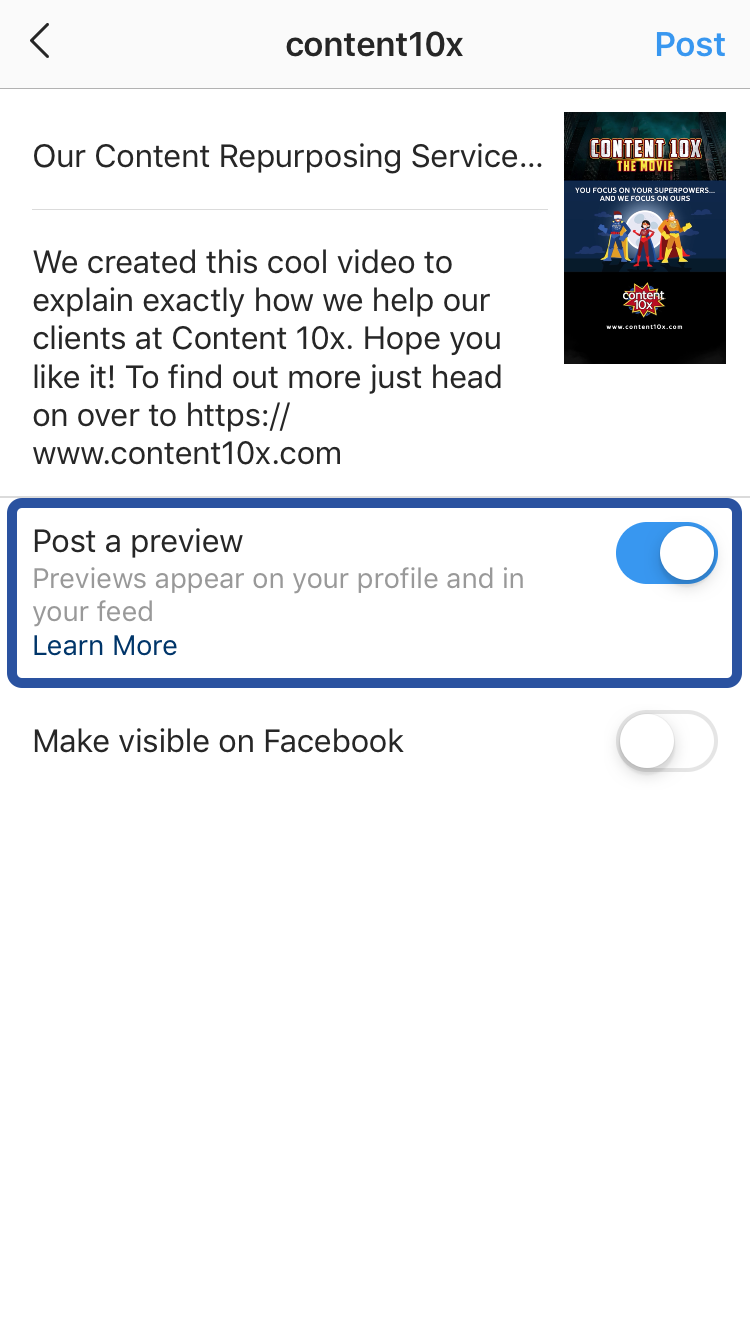 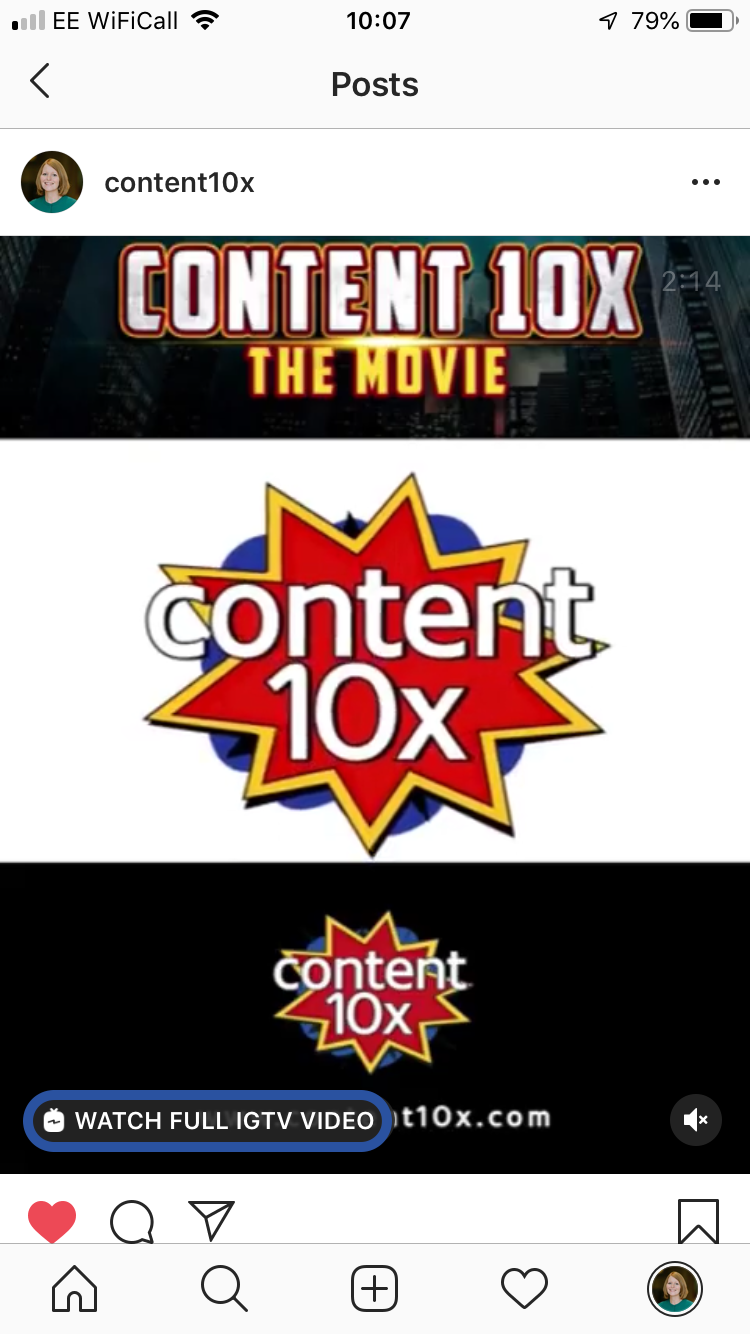 With regards to the vertical-only aspect, in mid-2019, less than a year before IGTV launched, they lifted their vertical video format only feature!

They finally made it possible for you to upload and view horizontal videos. They stated that some types of videos are often best viewed in landscape mode and they don’t want to limit the viewers' experience. This applies to videos like sports videos or videos where there are multiple people in the frame.

So, IGTV has moved away from its unique feature of being vertical only, but it’s still vertical first. This means that it prioritizes the vertical video format. However, if a video is uploaded in landscape format then viewers can opt to watch it in landscape format. And, they can then turn their phone to view video content horizontally – it couldn’t be easier, right?

However, not everyone is excited or pleased with IGTV’s decision to support horizontal videos. Let’s take a closer look at the debate, shall we? 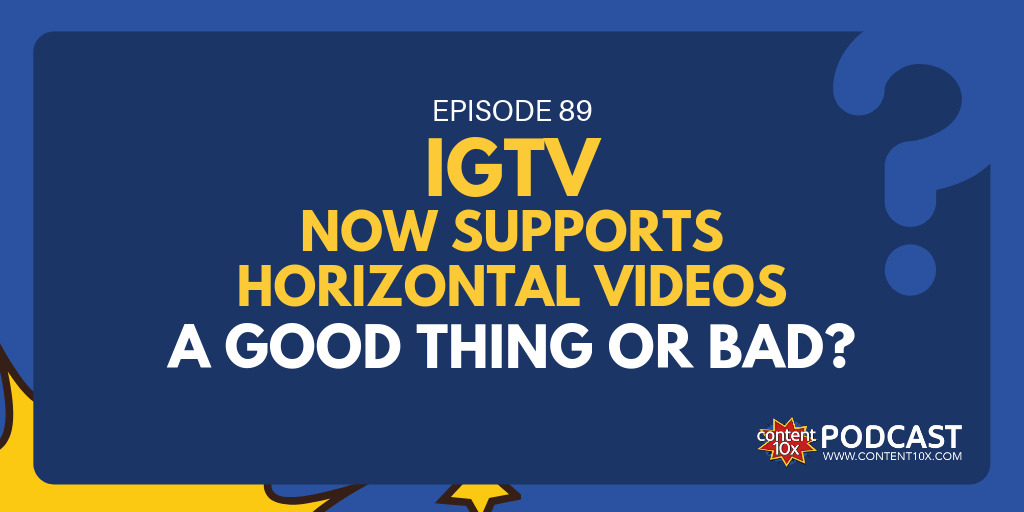 Now that IGTV accepts horizontal video format, you can repurpose your YouTube videos onto the platform.

While this is great news for most content creators who want to extend their reach, it can also be looked at as a negative thing. There’s a growing worry that IGTV will become flooded with duplicate content from YouTube and there will be less native content.

From the YouTube repurposing perspective, I guess it’s seen as both a blessing and a curse. However, I think it’s fair to say that IGTV is still figuring itself out.

Whilst IGTV does allow horizontal video uploads now, videos can still only be 10 minutes long (for most accounts). Instagram stories is still vertical video format only, as is Facebook stories and Snapchat.

If you want to find out how to repurpose a horizontal video into a vertical format, in a really cool, well branded and slick way, then head to episode 44. In this episode I released a podcast, blog post and video tutorial showing you how to do exactly that. This is actually one of our most popular posts according to Google Analytics!

If your horizontal video isn’t longer than 10 minutes and you want it on IGTV then go ahead and post to IGTV.

But, if you want to get horizontal videos onto Stories and Snapchat, or you want it on IGTV without the viewer to watch in landscape format, then you can still repurpose your video for those uses.

I’d love to hear if you use IGTV, or if you watch IGTV. Also, what do you think of IGTV’s decision to support landscape video? Let me know in the comments of this post and don’t forget to connect with me over on Facebook, Instagram, and Twitter!

How to Do More With Less

How to Create Powerful LinkedIn Video Content with Alicia Henderson